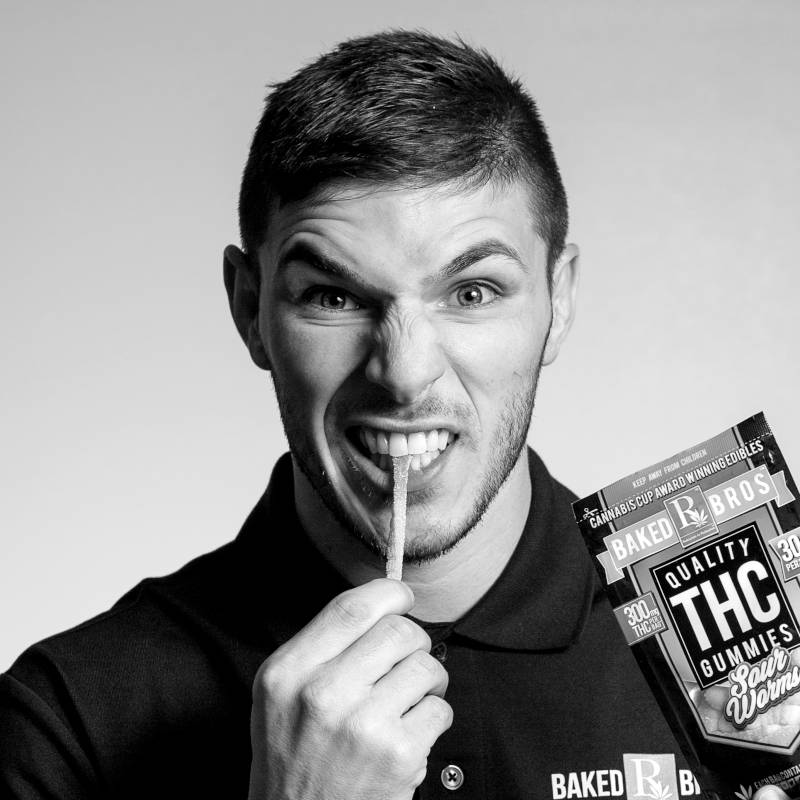 PHOENIX, USA // Nadeem AL-Hasan is the CMO and co-founder of Baked Bros™. Nadeem grew up wrestling in both Missouri and Texas as an outlet from his chaotic home life. This created a structured environment that taught him the importance of discipline, which ultimately led to wrestling in Oklahoma. It was at that time that the passion for cannabis was ignited when a dear friend and former coach was diagnosed with Chron's disease. Together, they discovered that cannabis was one of the few modalities that actually provided relief. This sparked a deep curiosity for Nadeem, leading him to search for a state (Arizona) where he could legally learn about cannabis without being penalized. While trying to find a way to break into the cannabis industry, Nadeem took up a profession in MMA. He eventually became one of the first individuals to provide medical cannabis for patients in Arizona. Through this process, Nadeem gained hands-on experience growing organic cannabis. Having an extensive background in the foodservice industry, while working in his family's chain of restaurants, Nadeem knew we wanted to explore bringing cannabis and food together. With his experience in cannabis cultivation and culinary background, Nadeem partnered with his friend Thomas Rimbach, leading Baked Bros™ to win the coveted High Times Cannabis Cup Award for Best Edible Product in 2014.

Nadeem oversees the brand marketing strategy and Baked Bros™ Media. He is an advocate for the progressive reform of cannabis and dedicated to growing Baked Bros™ into a national edible brand. In his free time, Nadeem enjoys diving into practices that expand his mind, nourish his soul, and sustain his body.